Saving Ritual Dog Gleann! and some stuff on future workshops

In my last post I asked for help getting Gleann's high calcium issue diagnosed. We got the diagnosis and it is primary hyperparathyroidism caused by a nodule in one of his parathyroid glands. So now we need to get the surgery as soon as we can! So we have another fundraiser to get his surgery. It was supposed to end this past weekend, we had hoped to be scheduling the surgery yesterday, aiming for the 14th.  But we are still far short of the $3,500 we need.


Gleann is by far our Chief Ritual Dog. I have written about canines in ritual  and all our dogs have participated with us. The Greyhounds have been happy to do so, there is food after all, dear little Sachairi I think found it kind of odd as he came to live with us when hew as set in his ways from a probably more Zen background than our wild Heathen ways and he would often lie a little way from us ...until the shortbread started being distributed.  But Gleann loves ritual! 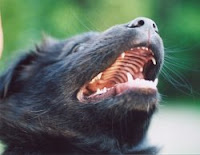 He was just weeks old when he came to live with us, all teeth and growls and unruliness, and a few weeks later we did our Lùnasdal/Là Fhéill Mhacha.  Almost as soon as we got there Gleann started running as fast as his little legs could take him deiseal around the fire pit.  We would get him to stop, but as soon as let go he'd just start running again. Through the whole ritual. With a break for shortbread.

By Samhuinn that year he was a bit calmer, and he began to figure out his role. We go up to the site, he patrols the area for any problems. He then hangs nearby, and keeps a look out around. When we make our treaty offerings to those we do not worship, he goes out near the edge of the land with me (he did at first venture to the neighbors but we convinced him that was too much and he no longer does. When the ritual is done and the other dogs and stuff has been packed up and mostly taken home, he and I usually sit alone to vigil with the fire to be sure it is safely out.  He had always done this lying right against my back, but as we lost more of the pack and they are buried there he now divides his time lying by their graves and at my back. 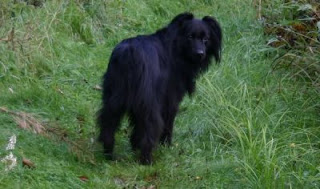 I have written a lot about the importance of canines on my path; the history of dogs in Celtic, especially Gaelic, cultures and a growing body of work on fénnidecht and the connection between warriors and canines. This is also my life.  This is my pack. Those who have left their bodies are still in my life.


But I am not ready for Gleann to leave his and he shows no sign of being ready either.  With this surgery he will not develop the kidney damage that awaits him without it.  He can remain as bouncy as he is now for a few more years.....and many rituals.  He is supposed to have surgery later this month. If all goes well he should be able to happily resume his ritual duties by Samhuinn (which is about mid November for us). 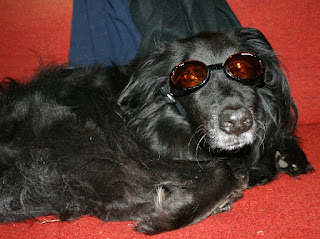 And so, we fundraise and I'm auctioning off some Sarah Connor/Linda Hamilton items with the help of another fan. And we eBay and we apply to funds and we have maxed out CareCredit and we are trying to figure out how to put a business together with no real funds to do so and I have my fitness business on permanent hold due to what it would cost to get insurance again and to get my CEUs in time (which will mean it will cost much more to start all over again if I don't manage after a very short period after my certification is up).

And the fénnidecht related workshops planned for this winter are on hold mostly due to my absolute lack of concentration..  The syllabi are only partially finished and I have done none of the more daunting work of figuring out how to present online, given that I live in a geographically isolated area and those interested are so spread out.

However, I intend to have these started by this time next year and therefore am offering vouchers for cost off of future workshops on the fundraiser. 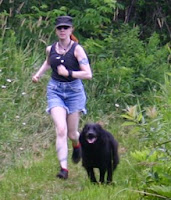 These workshops are, after all, directly related to the sort of connections that my relationship with Gleann and my other dogs represent.  I have one that is very basic for those just starting out and that might be of interest to those not on the Outlaw warrior path to help understand where it can fit in modern Gaelic Reconstructionist Paganism and maybe open their own traditions to those on this one. I have varying degrees of exploration for those on the path, including a deeper look at being wolf. I also have a broader look at animals in the cultures that goes beyond the usual symbolic focus most resort to into where practicality, actually living and relying on these animals, led to the symbolism and how it can lead back to real relationships with living animals. And a fitness one (provided I am able to renew my certification in time).

So if you are interested in these worshops, please consider making a donation and taking a voucher!  And if you are not but just want to see a beautiful dog have a few more happy years, please just donate. And there are some pieces of jewelry and a bag for perks...and more things may be added.